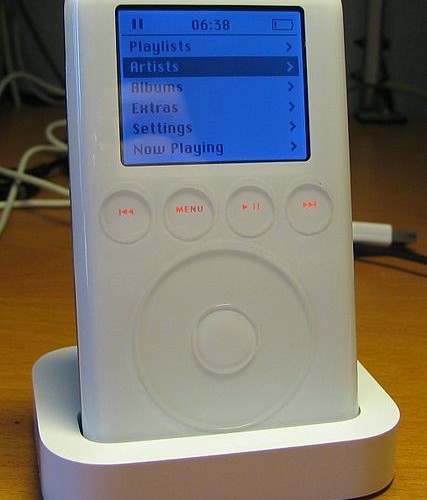 Groupe BPCE, the second largest bank in France, has announced a new service. They’re letting any Twitter user in the country send money through tweets. Not just their customers, anyone with a French bank account.

Banking technology is a blossoming field with a ton going on. Tech companies like Apple, Amazon, Google and Twitter are trying to get themselves more and more involved with our money. Few of these new services have caught on thus far. The ground under traditional banking is trembling, but the earth hasn’t split open just yet.

Banking technology is waiting for an “iPod moment” when customers are convinced and fears are assuaged. Will this new service be it?

The service works as follows. A customer tweets the Twitter handle of the recipient, the amount of money to send (which is capped at €250, or about $320) and the hashtag #envoyer (“send” in French). Then the customer’s directed to a secure page where they can finalize the transfer.

While the security measures that BPCE has put in place are strong, nothing is bulletproof. Recently, an exploit was discovered in the popular Twitter application Tweetdeck. It has since been fixed, but it forced accounts to retweet whatever the exploiter wanted. 40,000 unwanted retweets happened in 20 minutes. Moreover, passwords can be stolen and accounts can be hacked – through technology (i.e. malware) and even through social engineering. Account security is a potential concern.

What’s perhaps more of a hindrance to BPCE’s new feature is how public it is. Anyone can see who you’re sending money to.

In one respect this publicity could be great: If you donate to a charity you’re able to spread awareness at the same time (and show off your generosity too). But most people don’t want to share day-to-day purchases and payments publicly. For example, I don’t need the world to know how much money I spent on Halloween costumes for my pets.

If you take the points above into consideration, this starts to look less and less like banking technology’s “iPod moment”.

Remember MP3 players? Before the iPod hit it huge, there were a ton of different devices on the market that played MP3s. Everyone could see the difference between an MP3 player and a CD player. You could make your own playlists, you could fit a ton of songs on a small device, the songs wouldn’t skip if you jostled the player.

However, the user experience wasn’t really homogenous or intuitive. One brand of MP3 player would be totally different from the next – different button layouts, different software for adding music, different features on the device.

Then the iPod came along and provided a 5-star MP3 player experience. It was a cool new thing that was easy to use and just worked. It had its “moment”.

Right now, we can look at traditional, old school, in-person banking like it’s a CD player. The developments in banking technology that we see every day are disparate like MP3 players. We’re waiting for the figurative banking tech “iPod” to come along that generates a lot of user adoption and changes the way we think about our money.

My gut tells me that this isn’t the moment we’re waiting for. Tweeting to send money is a cool innovation and it’s exciting to see, but appears to have enough pitfalls that will prevent mass-adoption.

Near-field communication with services like Apple Pay have had a similar problem gaining traction. Retailers haven’t bought into them on a large scale and customers find that swiping a card is just as easy as holding a smartphone close to a near-field receiver.

That isn’t to say that you should be ignoring these developments. New services like these remain an important space in the industry because when the “iPod moment” hits, it’ll hit BIG.

Visit our next workshop to learn about competing on the banking technology front! 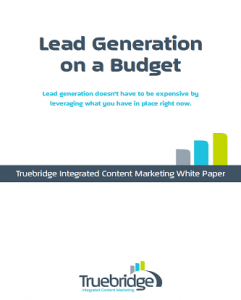 Lead Generation on a Budget